skip to main | skip to sidebar

Lately I encountered more and new Open Source Developments. And I am quite happy about this, though I do see some difficulties as well.

That one can publish photos, texts and presentations under an open license is obvious. That one want to share free website templates (1) I can (kind of) grasp. Though via Legaltorrent (2) one can download many different things, many times under the creative commons licenses.

As far as it comes to games I kind of understand the cooperative part. Many (good) games are available online as free/ share ware or nowadays under a public license published. Everyone can join, contribute, share to e.g. TuxKart. Most of the games are made public under GPL or at least a very open license, no attribution is required.

"The 100 Second Film Festival is “a collection of short videos presented to an audience in person or through the medium of cable television or the Internet” with the only requirements being that the films are 100 seconds long and are released under a CC BY-NC-SA license. This allows the film festivals - the screenings are decentralized - to pool past submissions as well as new ones for their lineup. Whoever is curating a specific festival can put together the lineup in any fashion they see fit, although ideally, each screening will contain at least a few works produced by the local audience where the screening is held.

This year’s call for entries was just announced, with the deadline to submit a short extended to Dec 15th, 2008."

Creative Commons licensed music is just great. I download and I know that I am totally allowed to do this, and I know that I can legally use, and maybe even remix and re-use the music for a powerpoint/ Simpress presentation.

One of the most succesfull musician publishing under the CC-licences is "Genreal Fuzz" with its fifth release “Soulful Filling”, it has released 5 albums already under the CC-licence. Note that Creative Commons is only existing for 5,5 years now. The most re-mixed musician is "Brad Sucks", on his site he also offers all of his sources for free.

Additional to this CC-licensed music possibility, there an initiative of which I think: THIS CAN'T WORK! Freesound.org is a collaborative database of Creative Commons licensed sounds. Sounds, you may think? Yes, simply noises: police cars, barking dog, scratch on a glass table, rain, dub, etc.

But how does one attribute when you use such a work?

I mean, try to attribute when you have mixed 20 sounds in a sampling mixer. If sounds, and that could be the sound of a falling paper cup, are editted, mixed, remixed how can you still recognize and distinguish them. So far as I know sampling is "legally" tolerated because of this reason.

Imagine that you are at a live remixed party, does the dj name attribute all sample providers? Does the dj wrote our every single sound and published the names of the original authors on his homepage? How does this work? 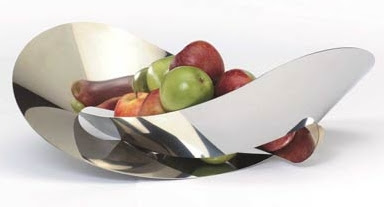 Another Initiative I'll leave the questions to you: Open Design: Industrial Design under CC (4)!

Please give comments how YOU think CC works out for industrial design!